A Trip Down Marketing Lane (video)

What exactly is marketing, and what are its origins? We take a walk down marketing lane and look at how it has evolved over time.

When did digital marketing begin?

It could be argued that from the moment one human could produce something deemed valuable to another, a form of marketing was in progress. Marshall McLuhan, a man you may recognise from a Google Doodle earlier this year as he was remembered for predicting the internet 35 years before its development, claimed that ads were the “cave art of the 20th Century.”

In the Bronze Age, Egyptians employed their hieroglyphics specifically for outdoor advertisement purposes. In Pompeii, carvings on street corners of the ancient city are still visible, indicating what was once available for purchase in that location.

However, simple communications through illustration does not necessarily constitute marketing. These examples resemble advertising rather than the more complex, broader mix of business activities that make up our understanding of modern marketing practices. A more recent point in time is a better place to start our journey along the marketing timeline. 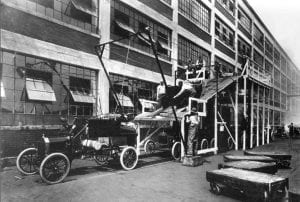 The Ford Model T in production

Today, we are used to having so many options. Just take a look at the drinks aisle in your local supermarket. Long gone are the days when a drink was to simply quench thirst. Drinks now provide a sugary boost, or a healthier boost, provide a satisfying flavour, cleanse your body, provide nutrients, have calming properties, fund charities, sponsor your favourite football team, enter you into a competition, have your name on the bottle… you get the idea.

However, this endless and ever-changing variety of choice was not always a given. In the production era, when Ford was the leading innovator in mass production, there was such limited choice that supply created its own demand. Produce and the consumer will buy, was the mantra of the day. The balance was in favour of the producer.

This developed into the understanding that all consumers wanted available, affordable products and services. Hence, the staple black Ford T automobile. This business model worked for a time, because even when the number of potential buyers grew, the average consumer was not affluent, making price a significant deciding factor for a purchase. However, the consumer was about to evolve and a more complex understanding of their buying preferences would be developed.

You often hear marketers describe their campaigns as sexy. How do we make it sexier? That question could be asked when designing a campaign for anything, from a how-to guide for installing RAM into your PC to choosing what Christmas jumper to buy your dog. It wouldn’t be too wild a guess to suggest this probably stems from the ‘sex sells’ motto. However, as John Draper from the TV series Mad Men states:

“…the people who talk that way think that monkeys can do this. They take all this monkey crap and just stick it in a briefcase completely unaware that their success depends on something more than their shoeshine. YOU are the product. You – FEELING something. That’s what sells. Not them. Not sex.” 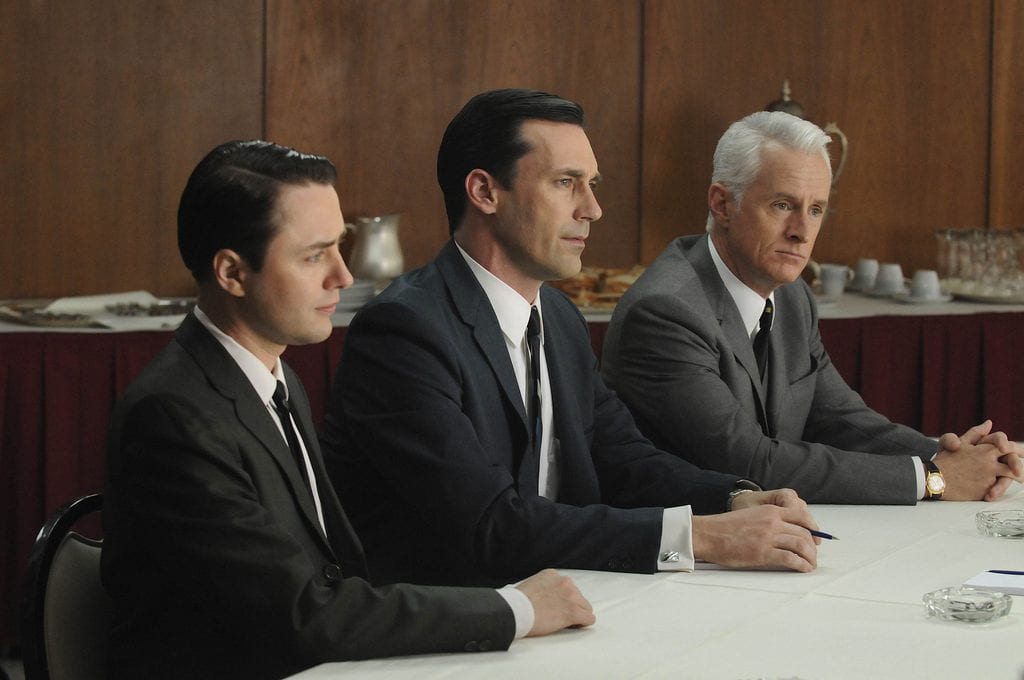 By the 1960s, the focus had shifted to the needs of the consumer. By now markets had become saturated and consumers had disposable income. The only way to stay in business was to strategise and differentiate your business from your competitors.

This is the moment at which the marketing company era began, and people like our fictional John Draper and his associates built careers out of answering questions such as the above and crafting campaigns from their answers.

“…the cost of attracting a new customer is estimated to be five times the cost of keeping a current customer happy.”

It is upon this informed position, that real value could now be built. While every company is competing over every different aspect of what the consumer wants, what could cut through all this noise and keep the consumer coming back to the same producer again and again? The answer is loyalty.

By building a relationship of trust and understanding between the consumer and the producer, the consumer would be more likely to stay with the one company amidst the turmoil of the fast-paced and continuously transforming marketplace. Branding is key to this evolution. To be able to trust one particular company, above all their competitors, requires a deeper understanding than simple price comparisons.  It is the personality of the brand, what it represents to the consumer and the reliability of these qualities that bonds the relationship.

This develops into a win/win situation, as the consumer knows that they are a valuable asset to the company and, therefore, can leverage this, while the company has a long-term customer of true value to target their present and future products and services at.

Are you reading this on your computer? On your smartphone? On your tablet? Perhaps you’re listening to the television while reading from your tablet and your smartphone is sitting on the arm of the chair. Every screen is a way to reach the consumer in real time, 24/7 and wherever they are in the world. And, of course, every company is using this ‘moment marketing’, which is creating a lot of noise.

Today’s challenge is knowing how to attain and retain the consumers’ attention amidst the constant hum of the digital global marketplace. Building relationships is still important, however basing these relationships on a hollow ideology of everlasting loyalty will not convince today’s savvy consumer. Consumers are more sceptical than ever before; after all, they have a world of information at their fingertips and fake news is the headliner of the year.

Delivering real results that have a positive impact on the customer, through authentic connections, all the while doing it faster than your competitor is the name of the game! This is the era of ready, set, gone.

If you’d like to speak to a passionate marketing team about taking a fresh look at your marketing strategy, call us on 01 556 0576 to find out how we could help!